I like to keep up on the new OSes when they are released. For many years I had a developer subscription to make sure I could get a hold of the beta releases for software compatibility testing in our environment. Jobs change, but fortunately so did Apple’s policy to providing public betas. I like to test them out when I can to see what new features abound and how compatible my current tool chains are.

I had a couple hours of down time at work the other night so I decided my spare MacPro 6,1 (12-core/16GB/1TB) would be my High Sierra (10.13) guinea pig. It used to have 10.12 installed along with my work apps; so it seems like a good baseline. I proceeded to the App Store and downloaded it. 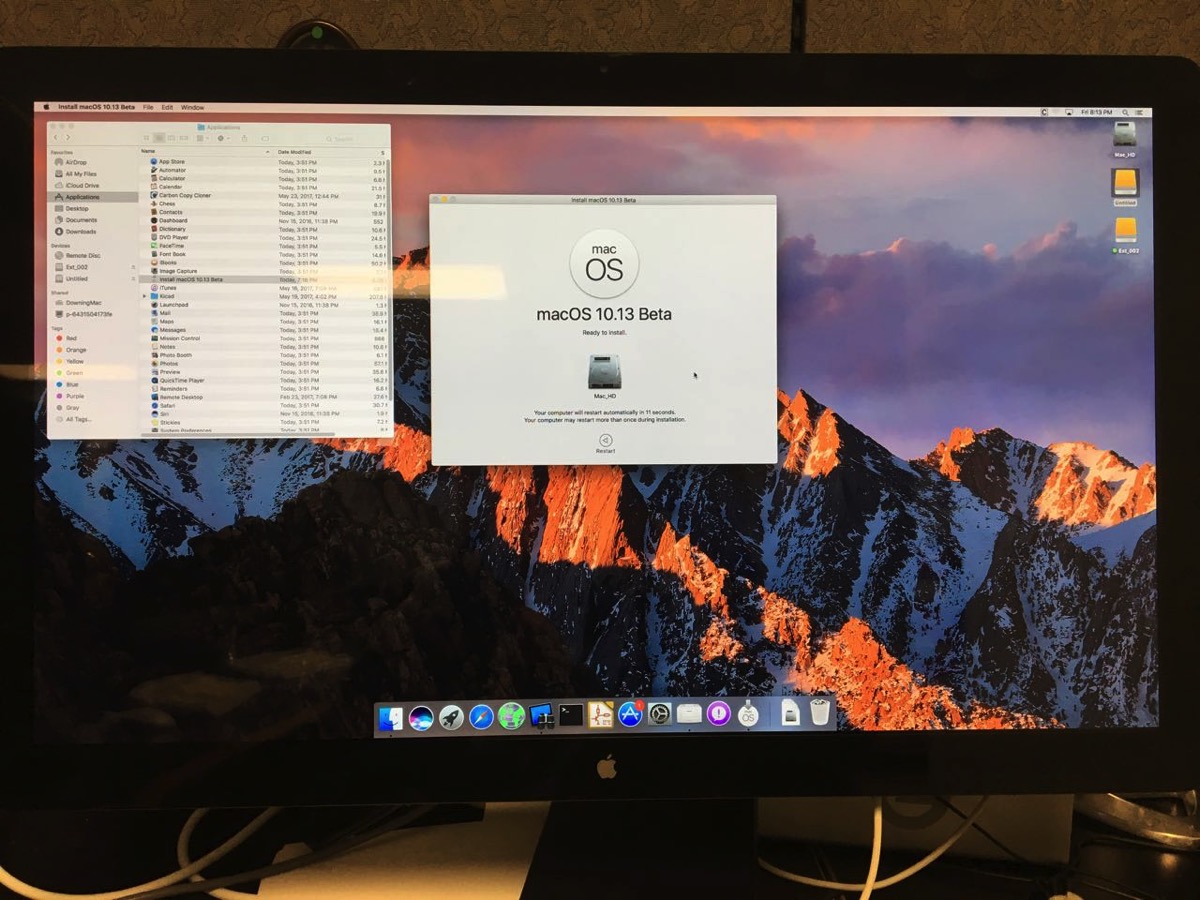 My finger was a bit twitchy as the cursor hung over the Install button. “Go for it” I hear in my head. Click. It was going to take some time so I wandered away to get a couple of actions items done.

I headed back over about 45 minutes later and it was ready for me. I didn’t have a lot of time so this is the quick review part plus I wanted some time left to install the toolchains and apps I used for my maker/hacker projects. I was surprised at how quick it went considering the new filesystem is being used.

The new filesystem, AFS, conversion went just fine and to date I have not noticed any missing or corrupt files. It is wicked fast compared to the HFS+ it replaces. This alone gives this aging machine a nice boost. It is good to see Apple finally addressing this issue. I was a little jealous of the linux systems running ext4 and ZFS. The new Safari seems nice. I have not played with the Technology Previews that Apple has posted. The block autoplay is a nice feature and one that seems like it should have been there before now. I will keep poking around and post new tidbits as I find them.

As for the maker tools I wanted to see how the Arduino IDE, esptool.py, and KiCAD would fare. I took things one by one. I grabbed a copy of the Arduino IDE and it fired right up without argument. I had my traveling Arduino Mini clone with me, so I opened one of the example scripts and uploaded it with no problems. Alright, step two. I get esptool.py and install it. As of this post, 10.13 has Python 2.7.1 installed. Again I was able to install it without issue. Since I was working on my ESP8266 + OLED + NTP clock (and had it with me) I brought it out and hooked it up. After updating the Arduino IDE preferences and boards and was able to successfully upload the code to the ESP8266 NodeMCU clone. 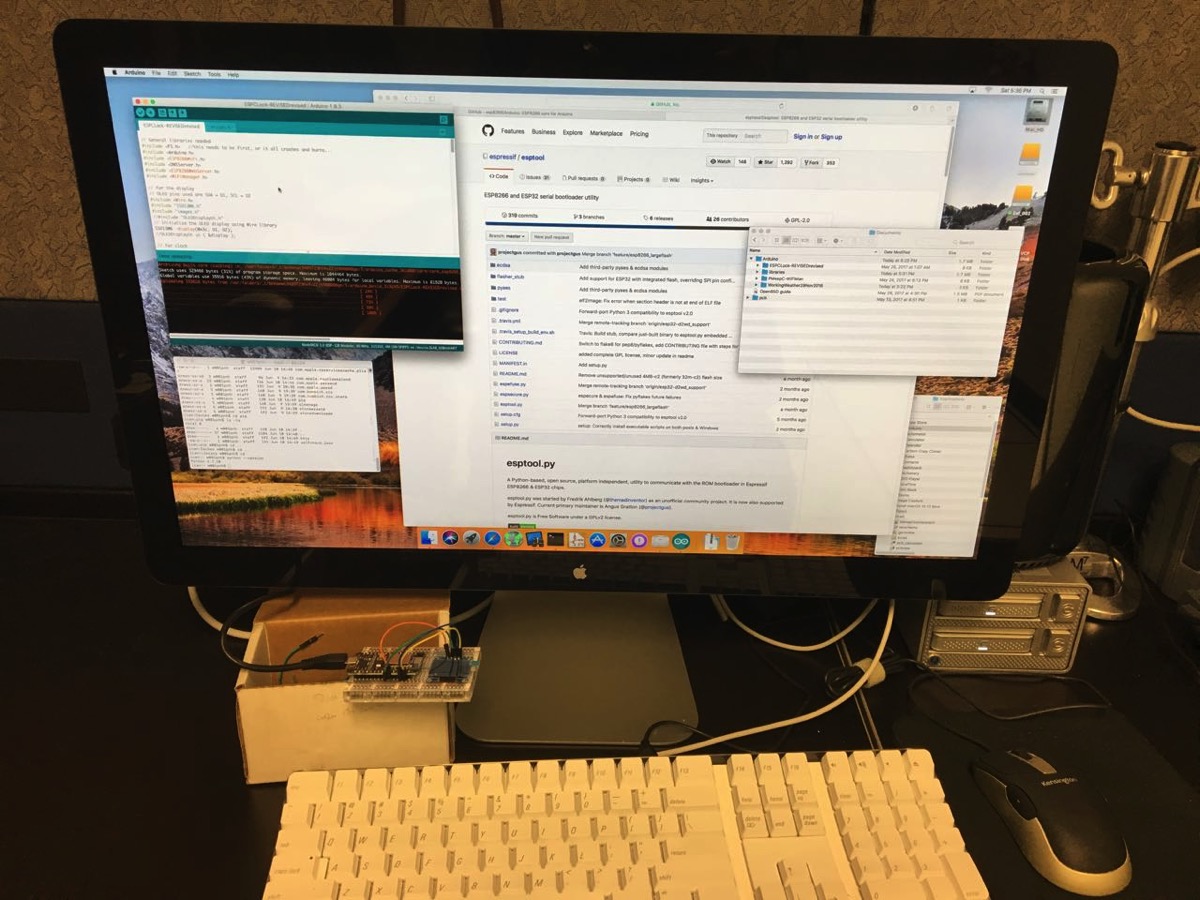 Lastly with time running out, I launched KiCAD (I already had it installed). With just a quick look I was able to open my current project and make a couple of quick edits and save the project.

I have not stirred the puddin’ with the above apps, but on first run there seems to be great promise for an easy transition to High Sierra this fall. I will keep on adding more tools and beating up on ones I already have installed and then reporting back here.