One of my favorite computers and OSes from over the years is the NeXT and NeXTstep, now Mac OS. Like most things Job’s it has a subtle touch that goes beyond a mere box with a motherboard. It probably explains my like of running BSD over Linux for home servers and a second desktop. The Library page has a selection of my NeXT collection which I have digitized.

I think like a lot of dads out there, there was a period of time where the love of playing with Lego kind of died off as other endeavors of life took precedent. Then when my son was born and after a couple of years there was the perfect reason to rekindle and pass on the love of a simple building block. Now we are a house filled with sets and creations.

I am curious about the different computers people have built; how they have done it and the level of detail. While I was looking at and thinking of re-creating one of the Mac Plus Lego models.

Then I saw my Cube sitting on the floor. It has been a few years since it has been fired up, it ran back then I wonder if it still does? Focus, that is a project for another day. I started looking and it seems no one has done a NeXT Cube. A little amazing for all of the Macs, Amigas, and C64s out there I thought. I pulled out my Cube did some measurements and did a little Lego research. I wanted to see if I could keep to some type of size scale. I used the following scale diagram I found over at bricknerds.com.

I tried building the shell with plates and bricks. Bricks worked the best in order to build out the inside. Getting the right corner braces so the grills can wrap around the sides and top. It was about a day of just play with the different ideas. 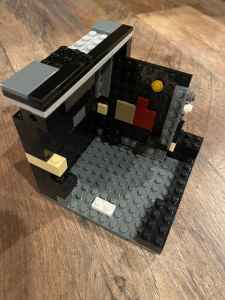 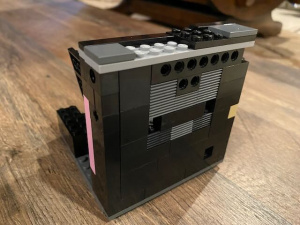 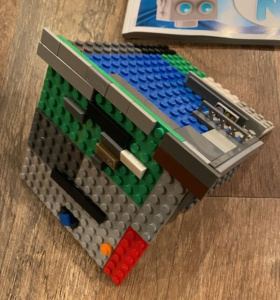 And the snowball grew from there. My goal was to use only the parts in our collection, but somehow that wasn’t possible so I did have to buy a few pieces off of eBay. One of the Lego piles to treasure hunt through for just the right part and color. 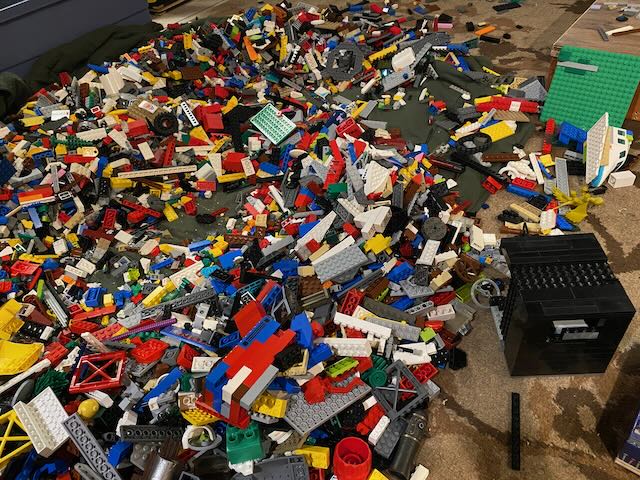 I call it version 1.0 as I already have some revisions and additions in mind. It is close, but not quite there yet.

The interior is in process of getting an overall. Instead of just work my pictures, I cracked open the case and did a closer inspection of the inside. There were some details I wouldn’t have picked up from the pics and should make a nice update. A NeXT Dimension card is in the works as a complement to the current motherboard. 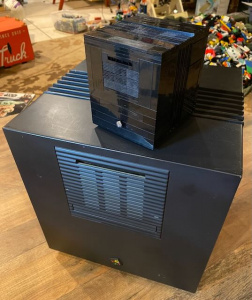 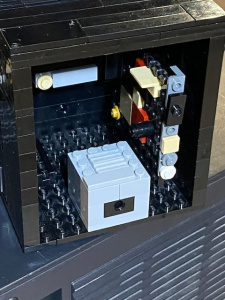 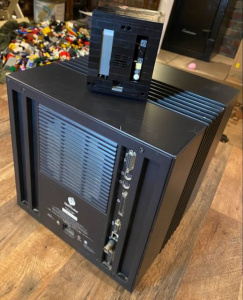 It wouldn’t really be complete without the NeXT logo. I tried various colors but none of them really worked or popped. A ways back I put together a 3D printed NeXT Cube case. From it I still have the logo I used for it and printed it for this Cube using a touch of Tacky glue to adhere it to a square 1×1 stud. 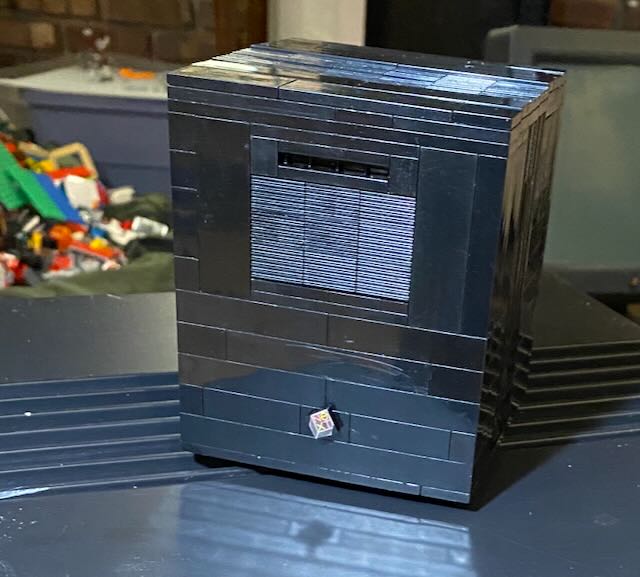